Published on 5th October 2020 in Members

The finals of the Men’s Club Championships were decided on Saturday October 3. The sun was out but a cold southerly wind tested all players. All matches were keenly contested. As with the CG DUDLEY the match play component was sponsored by MORGAN STANLEY courtesy of Mark Palmer and Stuart Beattie. The results were as follows;

Ben Cullinan, the defending champion and number three qualifier, was looking to successfully defend his title against the leading qualifier and Pascoe Cup winner, Tristan Geerlings.

The 36 Hole Final got under way early on Saturday and Tristan asserted his authority in the morning play establishing a big lead at the half way mark. His first eighteen included four birdies and a single bogey.

Unfortunately, Ben was suffering with a lower back problem, which was obvious to all who watched and impeded his normal fluid and repetitive swing. To his credit he continued after the lunch break but was no match for his consistent and talented opponent.

Congratulations to Tristan Geerlings on winning his first Club Championship. 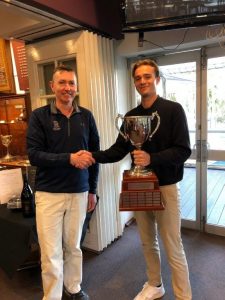 The Minor Championship looked on paper to be a very evenly matched affair with the highest qualifier, James Morris up against the number three qualifier Edmund Hall.

Edmund got off to a flying start in the 18 Hole Final and was in charge all day. James did not have the best of days and a number of uncustomary mistakes opened the door for Edmund. Nevertheless, Edmund was a model of consistency and ran out a comfortable winner to have his name added to the B K Bolton Tray. 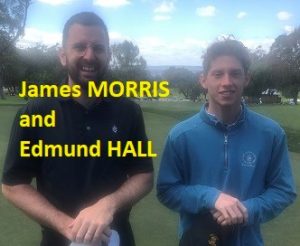 Dean Hannell was the leading qualifier for the “A” Grade Championship and was pitted against the number seven ranked player Grant Evans.

Dean had a tough first two matches to make it to the final with both matches being won on the nineteenth. On the other hand, Grant was well in control of his first encounter and his semi-final win went all the way to the final hole.

Dean looked to be cruising to victory after in the 18 Hole Final, establishing a two hole advantage after ten holes, but in an amazing turnaround Grant won the next five holes and halved the sixteenth to run out the winner and win the John Roberts Trophy. 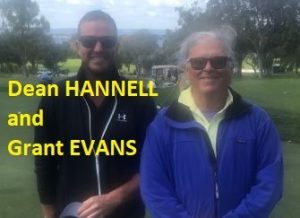 On paper this looked to be the game of the day with the number eight qualifier Bevan Lawrence cruising through to the final after wins against the leading qualifier and number five qualifier.

His opponent in the 18 Hole Final was popular member and number two qualifier, Ako Futaesaku, who had a more difficult run to the final with one match going to the eighteenth hole and one to the nineteenth.

Ako began brilliantly and at the turn was five up on his opponent. This proved to be a step too far for Bevan and Ako went on to a well deserved victory to win the J B Duncan Trophy.

The closest final of the day came in the 18 Hole Final for the Fred Symons Tray with the giant killing number eight qualifier John Sheridan up against the relatively new member and second qualifier Tony Sarson.

There was never much in this battle all day. Tony was dormie three but a monster putt for par on the sixteenth saw the match continue with John winning the last two holes. Ultimately a missed short putt on the eleventh hole by John proved costly. And so, after the eighteenth hole the match was all square – extra time was required to determine the outcome. The first overtime hole was halved and Tony, who had a shot on his opponent on the second extra hole sealed victory with an excellent par five. 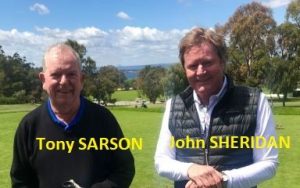 Appreciation is extended to;

For unsuccessful players, remember 2021 is not far away – so get practising!!