Published on 6th February 2021 in Members

The Wittenoom Cup Carnival is eight days of Golf events played at Albany Golf Club and leads into the Wittenoom Cup and Brenda Wittenoom Open which this year was played on the weekend of 23rd and 24th of January. One Hundred and Forty-Seven (147) Men representing 36 clubs and One Hundred and One (101) Ladies representing 30 clubs set out in their quest for victory. Apart from the Home Club, Nedlands representation was far greater than any other club.

Albany Golf Club is a links golf course established in 1898 as a Nine Hole Course and became an Eighteen Hole Course in 1963 when it was officially opened by Charles Wittenoom a past President and Patron of the club. In 2010 it was listed in the state’s list of Heritage Places.

In 1927 Charles Wittenoom donated a silver trophy to the club and this became the Wittenoom Cup and from that year on was played as a 36 Hole Stroke Event – as was his wish.

2003 saw the introduction of the Brenda Wittenoom Open (Brenda being the Daughter in Law of Charles) an event played for ladies in conjunction with the Wittenoom Cup.

There were some 15 Men and 16 Ladies from Nedlands who played in the Cup and Open. Many of those (and some others) played in several of the events in the preceding events leading up to the main Weekend event and there were some very good results.

The highlight was Vanessa Stephen winning the Brenda Wittenoom Open with a 36 hole nett score of 140. A great second round of 66 saw her winning by three shots from Denmark’s Anna Wolf.

Vanessa was thrilled to win this highly sought after trophy and was delighted to be presented with the Cup and a Kaillis Pearl Cuff Bracelet This made it back-to-back victories to Nedlands with Cath Bellemore winning in 2020.

Vanessa had a most successful week also winning Thursday’s Mixed American Foursomes combining with brother-in-law and Albany member Malcolm Parker with a score of 65.5.

Cath Bellemore again showed her liking for Links Golf by taking home the Best Gross Prize in the first round of the Brenda Wittenoom Open with a score of 82 and finished runner- up overall Gross.

Jan Halliwell also had an excellent week and her Nett 71 during the second round took home the Best Second Round Prize – beating Rhonda Moore on a countback. This coupled with her first round 76 placed Jan 7th overall.

Another highlight came during the week when current Ladies Club Champion Ali Baker teamed up with Sue Kelly and were victorious in the Tuesday Ladies 4 Ball Better Ball Par Event with a great score of 11 up.

It would appear as though Sue played very well as her GA Handicap was reduced by 0.5. 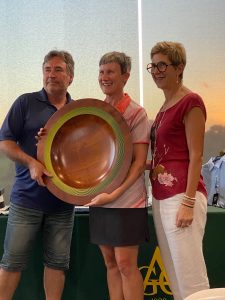 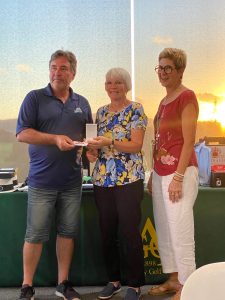 From all of those Nedlands Members who played in this year’s Wittenoom Cup Carnival of Golf congratulations are extended to the organisers on once again providing a challenging and well-presented course and professionally run week.

Finally, it has been said again this year that all Nedlands Members enjoyed the week of golf and in particular the Social Interaction. Most look forward to renewing their “friendship” with Albany Golf Course.

Congratulations in particular are extended to Vanessa Stephen on her fantastic win. To all other winners during the Carnival well done. Who knows 2022 may see a “Threepeat” in the Brenda Wittenoom Open and maybe a winner in the Wittenoom Cup.